It has been 6 years since I started submitting images to various microstock agencies. Today I am going to look at it from purely hardware perspective. Thanks to ExifTool, free software program for reading image metadata, I can analyze information stored in my files.


I have been Canon user for 20 years and when I started working with microstock photos I was on my second digital camera Canon EOS 20D. Now I am shooting with Olympus OM-D E-M1.  I tried submitting images from point & shoot cameras, smartphones and even some old stuff scanned from slides (which probably are not included in this analysis cause I did not fill EXIF data).

I am not tracking success rates because different agencies got totally different criteria and same photo might be accepted in one and rejected in others. Surprisingly I tried to sneak 2 photos from Palm Pre+, which I think was 4 megapixel camera, long before agencies start accepting photos from mobile devices ;-) 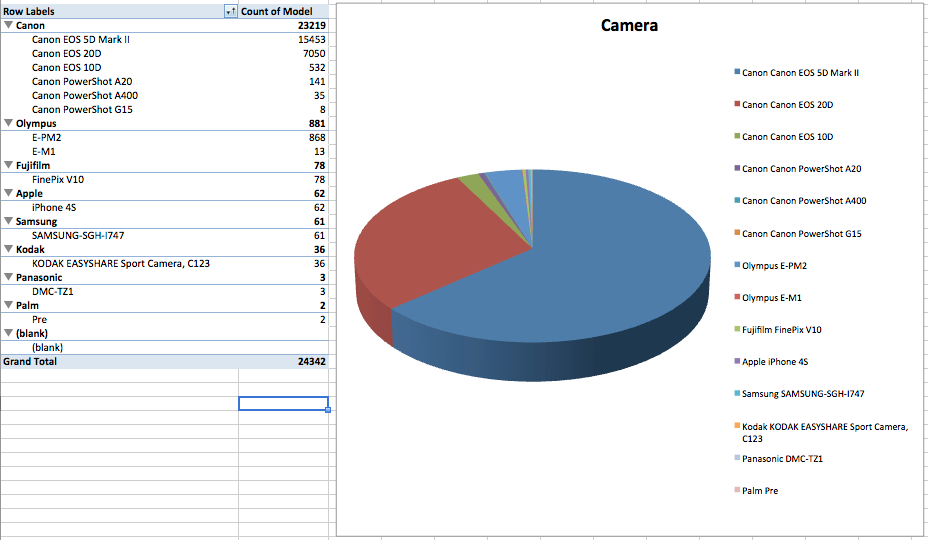 Current minimum requirements on most agencies are 6 megapixels so most of modern smartphones and point & shooters would pass this but it is much harder with this type of devices to produce images less than ideal light conditions. Most important piece of hardware, optics, on these devices is fixed. What would you rather have best camera body with crappy lens or crappy body with best lens?

Since most of my experience was with Canon gear I can only tell that I went through 3 bodies during this time but in the same period I tried 12 different lens. My first professional lens was EF 17-40mm F/4L and on cropped sensor it was fantastic lens. When switched to full frame I noticed  that at 17mm people look comical so I switched to 24-105mm F/4L. I never really invested in faster lens because before microstock I was doing mostly landscape photography which employes tripod at most times.

Now I switched to different system and I am trying to figure out which lens I would need/like to have. Micro four thirds lens are usually half weight and half price comparing to Canon equivalents so I most likely end up with better ones. I read a lot of good reviews about Olympus 12-40mm F/2.8 PRO lens so it was my first choice when I was buying OM-D EM-1. Is it as good as Canon's EF 24-70mm f/2.8L time will show but for start it is half of the price :-)

Now let's bring subject of low light performance. I switched from full frame 5d mark II to half size sensor. I was wondering if this would have affect on noise of my photos and in result higher probability of rejections? Let's look at the data, do I need to have camera that produces low noise images at ISO 3200?

Going back to lens, which one do I need? It seems that 24-105mm was very convenient for me. From the data I have I cannot really tell if I got any favorite focal length. 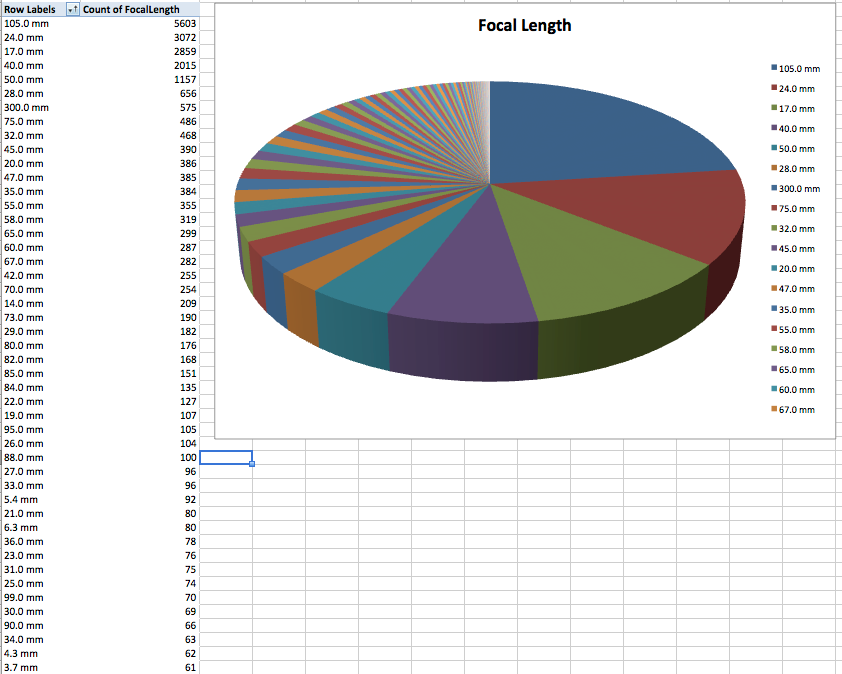 Besides the fact that I am often going to extremes on my zoom lens other data is scattered all over the place.  I was not using my tele zoom lens to often too.

When I looked at aperture data it seems like I am staying between 4 and 11 most of the time but I guess that two of my main lens were F/4 so I could not go wider. 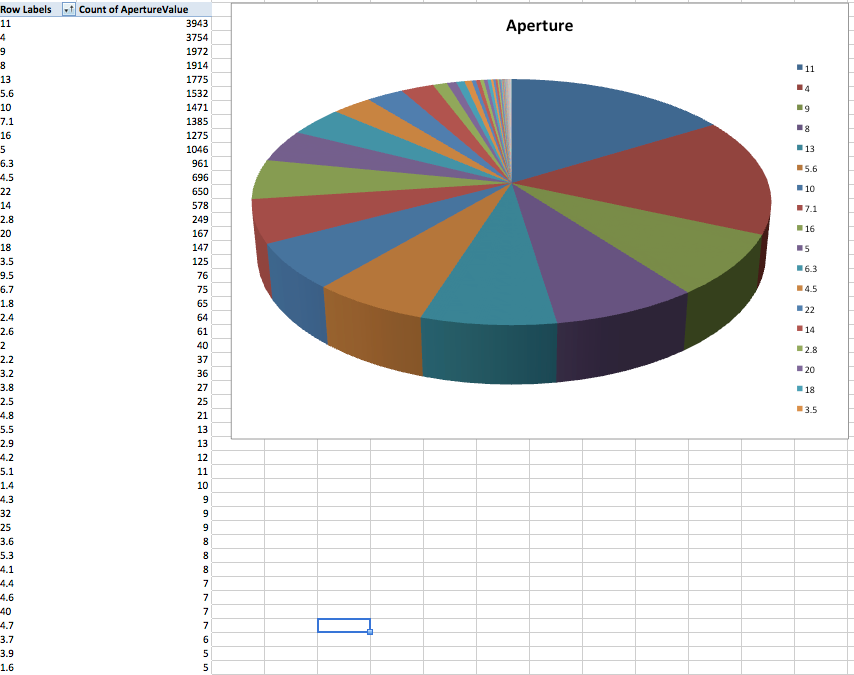 Exposure time data shows that I could live with shutter speed shorter that 1/2000s and barely do long exposure over 1 minute :-) 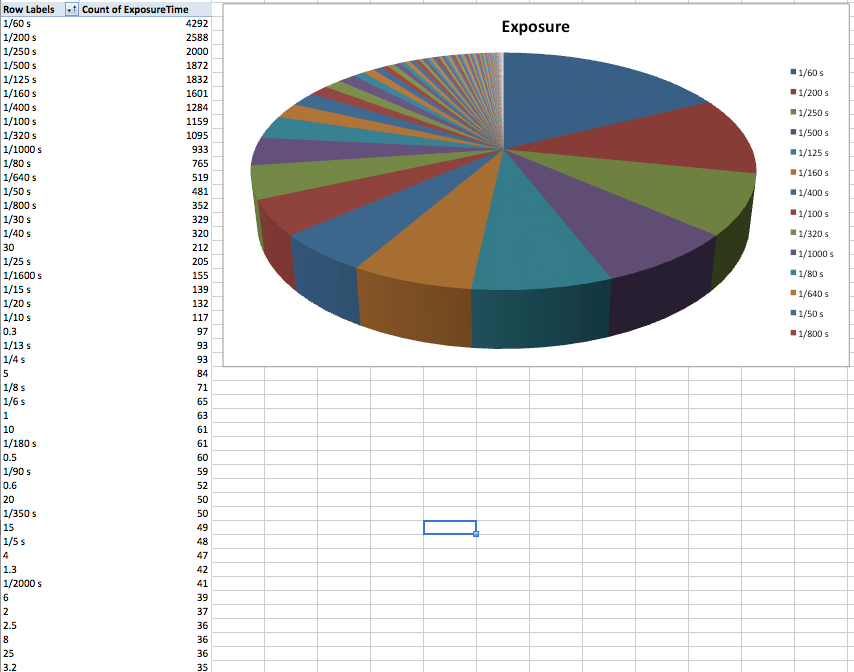